The glamorous Carthay Circle Theater was located at 6316 San Vicente Blvd., Los Angeles, CA  90035 on the corner of Crescent Heights and San Vicente in Los Angeles, California. Beginning on May 18, 1926, the Spanish colonial revival 1500-seat theater was home to countless screenings of now-famous films of Hollywood’s Golden Age. Its colorful and storied past includes the premiere screenings of films such as Romeo and Juliet and Gone with the Wind. But to fans of Walt Disney, the most important screenings began with the hard-fought showing of The Skeleton Dance, the first in the series of Silly Symphonies animated shorts, a real departure from Walt’s Mickey Mouse cartoons. Walt tried to get Pat Powers, his film distributor, to sell the short to theaters, but Powers found it to be too dark and gruesome in nature. Determined, Walt turned to a friend of friend who knew Fred Miller, the manager of the Carthay Circle Theater. Once Miller saw the short, he agreed to book it. The cartoon became the first ever to screen at the theater and its success paved the way to showings of the short at the prestigious Roxy Theater in New York. All of this was key in setting up Walt’s next animated film debut…

The day was December 21, 1937, a mere 20 days after final photography for the film had concluded. Snow White and the Seven Dwarfs, the first full-length animated feature film, premiered at the Carthay Circle Theater during a star-studded event. Television and radio crews were there to capture the glamorous movie stars attending the gala. Stars such as Marlene Dietrich, Douglas Fairbanks, Jr., Claudette Colbert and Chaplin were witnesses to the spectacle. Of course, Walt was also interviewed by the media and, in one instance, was so excited and nervous, he couldn’t recount all of the Dwarfs’ names!

Walt was understandably apprehensive during the screening. Would viewers be moved by animated characters? He got his answer when he could hear theater goers cry during the scene of Snow White on her marble bier, and then erupt in jubilant applause at the film’s happy conclusion. At the end of the 10-week run at Carthay Circle, Snow White had grossed an unimaginable $180,000 (remember – tickets cost an average of .25 cents in 1937).

Walt’s third film to be screened (on January 29, 1941) at the Carthay Circle Theater was Fantasia, a film under the musical direction of world-renowned conductor Leopold Stokowski. The theater was one of 12 outfitted with the technologically advanced “Fantasound” system (the illusion of sound traveling between speakers). Fantasound was a stereophonic sound reproduction system that was in rich in sound, but proved too costly to install in all theaters across the country. Likewise, Fantasia received rich critical acclaim from some, while being disparaged by others. The onset of WWII and the subsequent barriers to European markets prevented the film from becoming instantly profitable.

After more than four decades of operation, the Carthay Circle Theater simply couldn’t compete with the rising popularity of multi-theater cinemas. And so, the building was demolished in 1969. Today, two office buildings and a park occupy the space. In a nod to the theater’s importance to the history of Walt Disney and the Walt Disney Studios, two buildings on Disney properties have been erected to commemorate the historical theater. Built in 1994, the Once Upon a Time Gift Shop at Disney’s Hollywood Studios at Walt Disney World features a facade reproduction of the theater’s octagonal tower. More recently in 2012, Carthay Circle Restaurant was added to Disney California Adventure Park at The Disneyland Resort. On the first floor, Guests can enjoy the Carthay Circle Lounge and for those who have exclusive membership, there’s access to “Club 1901.” The second story is home to the Carthay Circle Restaurant which offers upscale dining.

The PLAYGOER – The magazine in the theatre
Official publication of the
Carthay Circle Theatre
6316 San Vicente Blvd. – YOrk 7144

FIRE NOTICE –  Look around now, choose the nearest exit to your seat, and in case of disturbance of any kind, to avoid the dangers of panic, WALK (do not run) to that exit.

Most of the names of those supplying the voices for Walt Disney’s first full-length production, “Snow White and the Seven Dwarfs,” are well-known to radio, stage and motion picture audiences. However, Disney will not allow the names to be divulged as he feels that it would detract from the audiences’ acceptance of the voice as a part of a character. 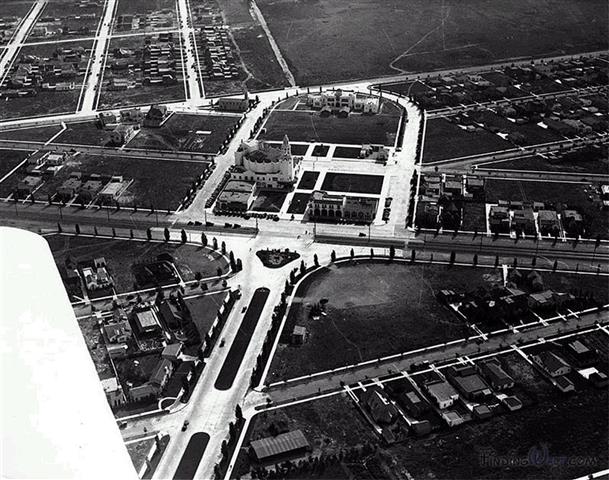