In the 1920s Lawrence Frank and his brother-in-law Walter Van de Kamp (yes, THAT ‘Van de Kamp’) went into business together and were very successful. One of their ventures was the Tam O’Shanter restaurant. As of 2015, it is Los Angeles’ oldest restaurant that is still in the same location and under the same ownership and management since its opening.

“The Tam” was not too far from Walt’s Los Feliz home and was one of his favorite restaurants. Walt would often come here after work, he would bring friends and visitors and sometimes his employees. If you visit today, you can even ask to sit at the ‘Disney table’. The table even has some ‘sketches’ left behind in the tabletop that are presumed to have been added by some naughty Imagineers back in the day. 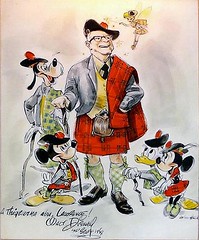 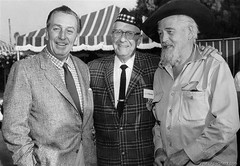 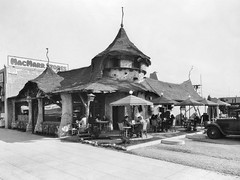 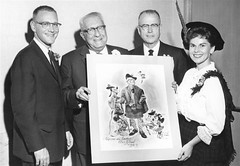